On Friday, August 19 (on Day 3 of Grow Conference), I joined Anthony Nicalo, the CEO of Foodtree, on his “Locavore” tour for the Urbandig iPhone App, along with about 10 other hungry individuals, to experience some unpretentious, but gourmet food, in and around Gastown, Chinatown, and Railtown.

I must disclose that I am a bit biased in thinking that Urbandig is ridiculously awesome (you can download the app for free HERE), because I was lucky enough to work with the masterminds behind it for the past few months. You can read more about the app here. And if you try it out and love it, I’m sure they would appreciate a quick review from you, too!

Our crew roaming the streets of Gastown.

This was my first tour experience using the Urbandig app, and it was absolutely fantastic. All of the restaurants and cafes we visited were so accommodating, and the food we ate along the way was world class. This post will be a bit photo-rich, but it’s the only way to convey how superbly gluttonous this tour was.

We had the breakfast poutine. It’s like most poutines, except it has a poached egg on top. It’s far more tasty than you would expect. We had the half order, since our day was going to be filled with other rich and delicious food, and this was just the tip of the iceberg.

We were also given a full tour of the Save On building, which not only includes the diner and the deli next door, but FOUR floors of amazingness. Walk-in ovens, ice cream machines, a resident artist, as well as a meat service and a linen service for surrounding businesses in Gastown. Incredible.

At Everything Cafe, we stopped for a quick Stumptown Macchiato. If you’re a fan, or if you have not yet tried Portland’s popular roast, try it here. You won’t be disappointed. It was also the perfect little pick-me-up to continue on the rest of the tour. 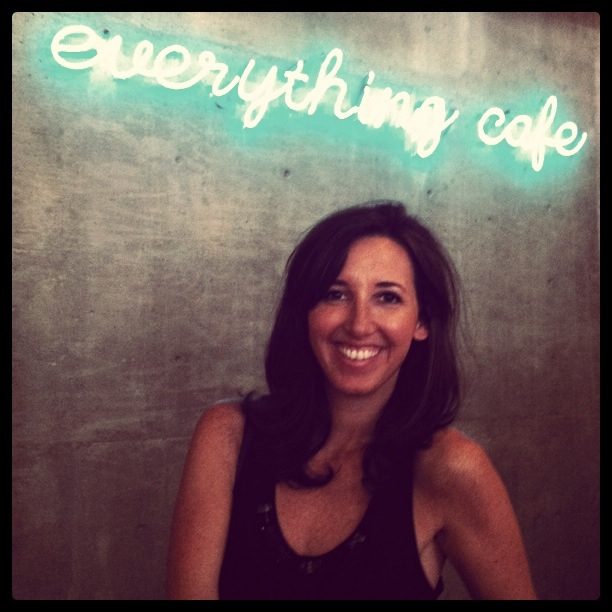 Here at Big Lou’s, we talked to the owner, who gave us some background and history on the shop, and they made us a Banh Mi sandwich, which we ate at their quaint bistro down the street, “Two Chefs and a Table,” which is owned by the same 2 chefs as Big Lou’s. We may have also had a beer. It was hot out. I should also add – I think this was my favourite stop. I am now forever a fan of Banh Mi. 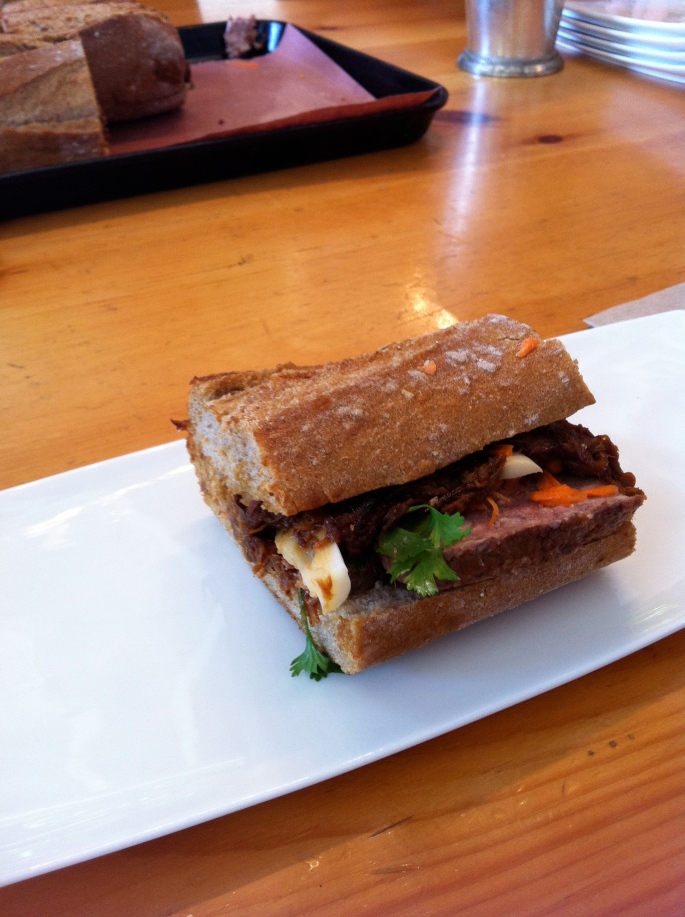 Steak pot pie and a Guiness. I don’t know if you can get any more Irish than that. Or more stuffed. Simple and delicious. I honestly wish I could have eaten more.

As if we weren’t full enough already, the next stop was at Meat and Bread. But not for your typical sandwich. No, we had a Maple Bacon Ice Cream Sandwich, made with real Canadian maple syrup and local happy-pig bacon ice cream. Soooo yummy. (P.S. The view behind the counter isn’t too shabby either. You’ll notice that there are a lot of women eating here at lunch time, and I don’t think it’s the carbs that they’re after.) 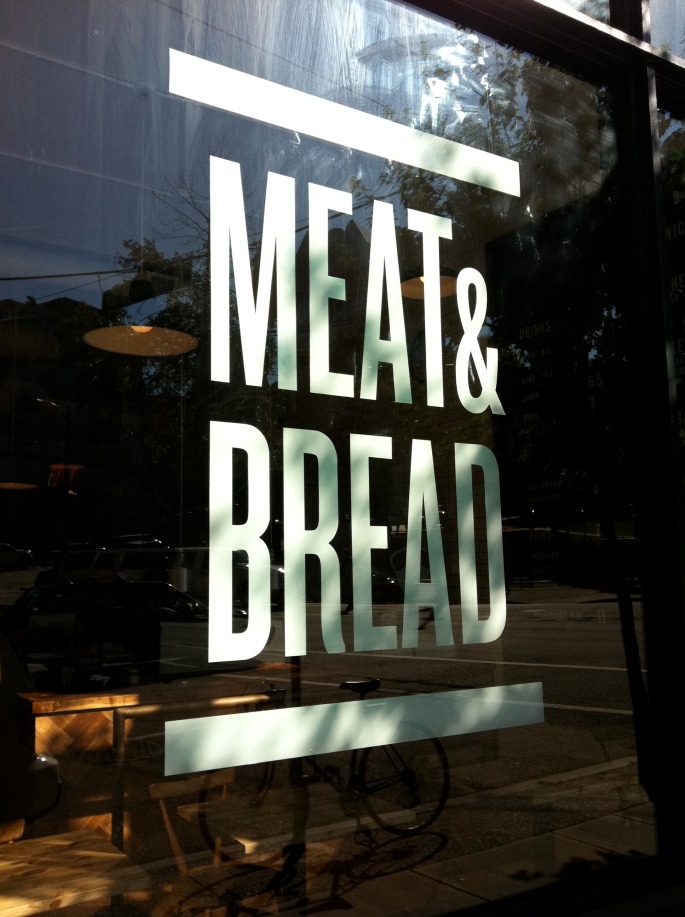 At least at this point, we got a bit of a break. Our next stop was Salt, where we sampled a taste of some locally cured meats and cheeses. I had the Chevre (goat cheese) with Apricots, and Con Aglio (salami) with Piccalilli Relish. We also sampled some BC wine, La Frenz from Naramata. The Manager at Salt came and spoke to our table, and told us a little about what we were eating and drinking. I loved the personal touch everywhere we went. 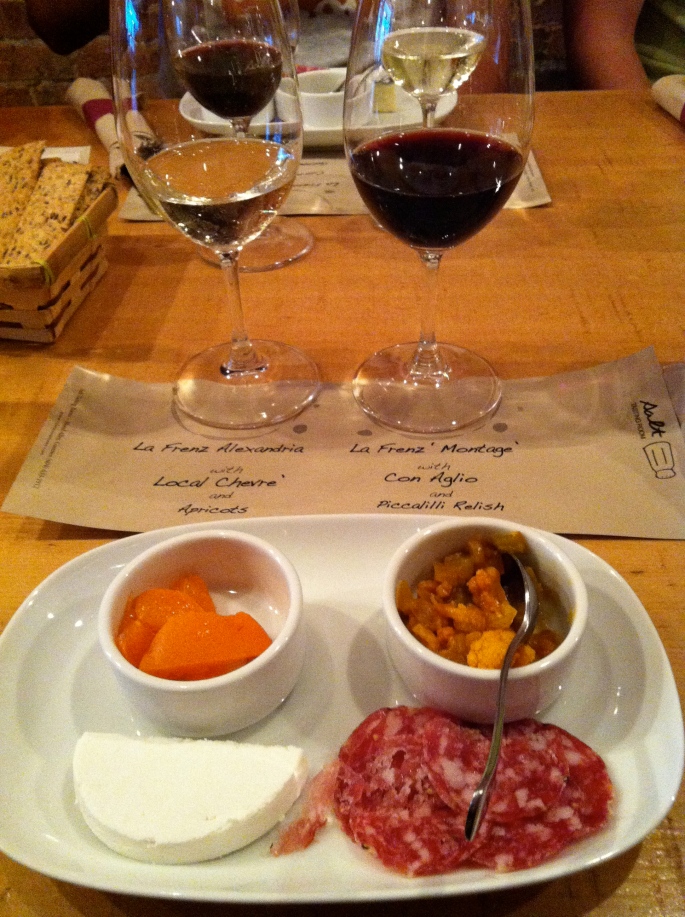 A few short hops down Blood Alley, and we came to Judas Goat. Apparently they have the best selection of sherry in Vancouver, so of course we had to try some. We also had some pinxtos (tapas-style dishes), which I was unable to eat because of my silly allergy. If I could have, I would have eaten it all. Clams and mussels. They looked heavenly. I dug into the haricots verts, though. I loved the vibe at Judas Goat. 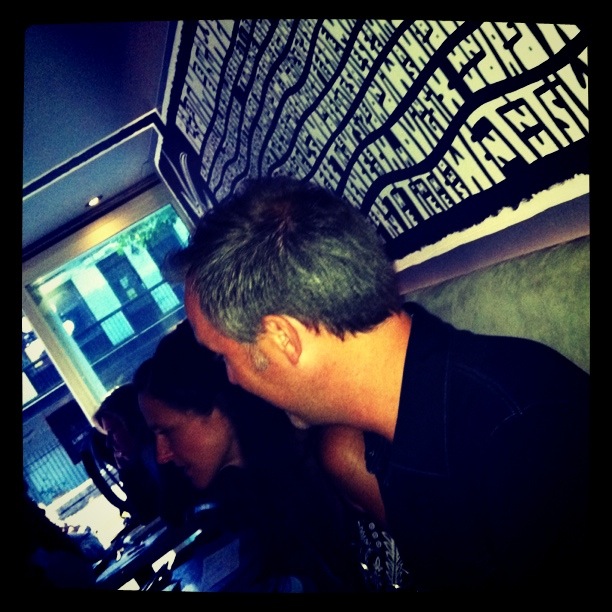 If you’re looking for a place with great cocktails, Diamond is the place. They even run a bartending school by day. They take their cocktails pretty seriously. We had something called the Water Buffalo. I don’t remember what was in it, but it was refreshing, to say the least. They also served us a Nicoise Salad. Anthony’s tip was to choose from either the food menu or the cocktail menu, but not both, and ask for a pairing from the other. You just have to be wiling to try something new. 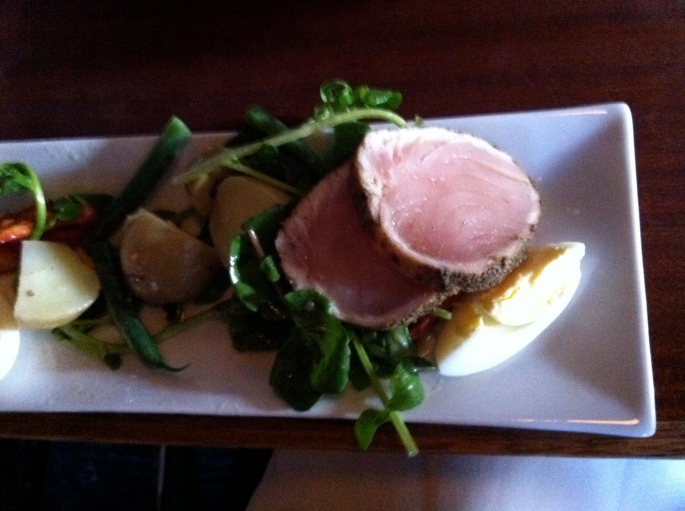 Ultimately, this is what the tour was all about. For many of us, we hadn’t tried out some of these places, or if we had, we got to try something on the menu that we probably never would have ordered.

I’m not a very fussy eater. Once upon a time I was, and I think I was just missing out on way too much. This day, filled with some of the best food and drink I’ve experienced in a long time, paired with the most excellent company, was a very, very memorable day. So thank you, to Urbandig, and to Anthony of Foodtree, for opening up my eyes a little wider, and exposing me to just SOME of the gems that Vancouver has to offer.

Thank you @tarapeach for capturing our family of four in a way we *never* could have on our own. I will cherish these photos of my boys forever. 💙
I’m not sure where the time has gone, but our sweet little Wyatt is ONE MONTH OLD.
So far Wyatt has been a dream baby.